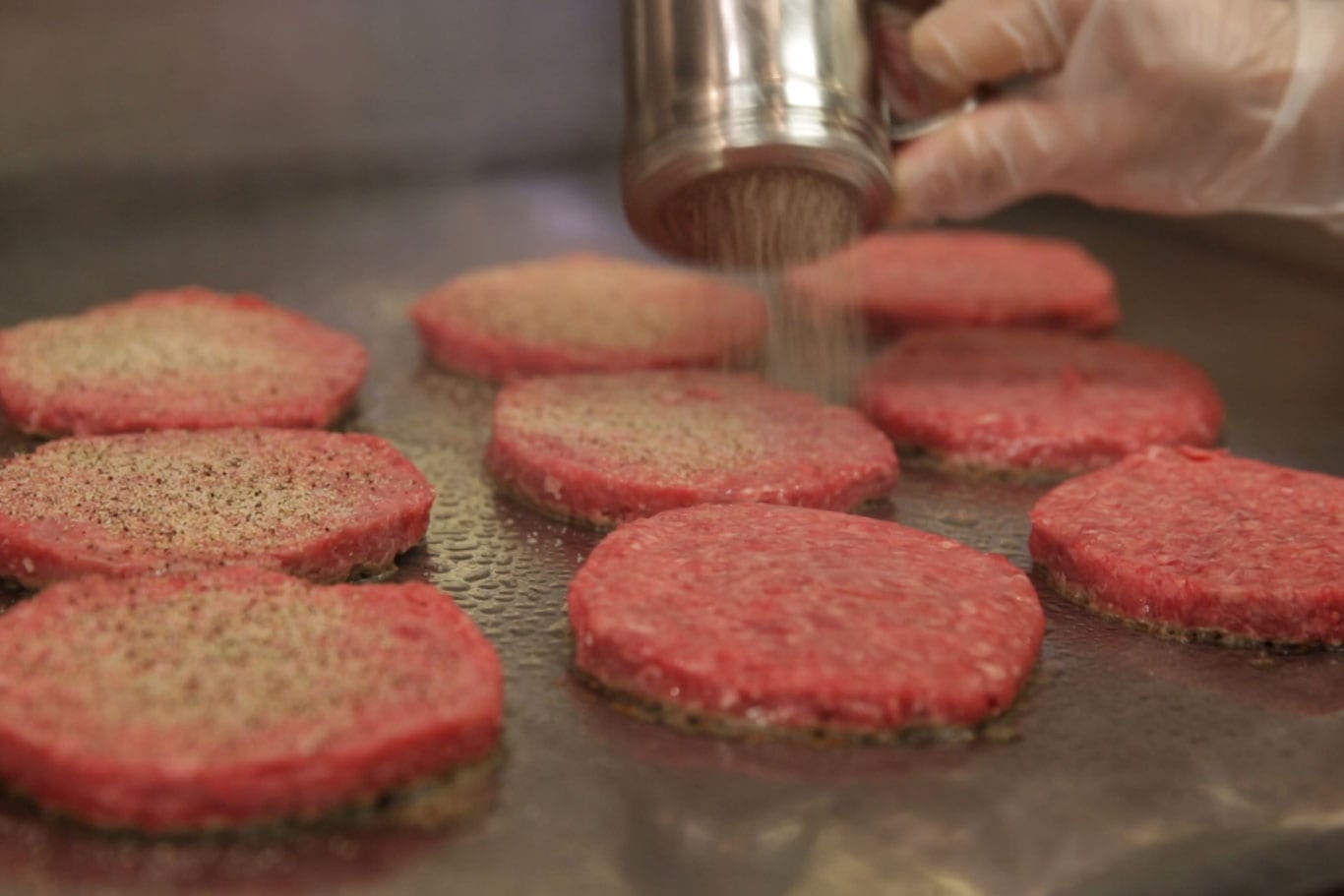 Our September “Month of Giving” catches the attention of QSR!

Why giving back should be part of your business strategy Many businesses and organizations give to charity and the restaurant industry is no different.

Some do so out of a sense of corporate responsibility. Some do so to enhance their brand’s identity, while also giving back to their local community. Many do it for both reasons.

“Corporate social responsibility isn’t just nice to have anymore — it’s a vital part of a brand’s identity, especially to the increasingly impactful millennial generation,” Pie Five Pizza Vice President of Marketing Christina Coy said. “For Pie Five specifically, we work with and give back to charities to help build strong local ties in our communities, and at the end of the day, it’s about providing a complete brand experience. We don’t want to just sling pizzas in a new city — we want to join the community and establish ourselves as good neighbors by partnering with local charities and schools.”

For example, Pie Five’s charity partner in Kansas City, Children’s Mercy Hospital, has been a vital part of every Pie Five store grand opening in the market. Franchisee Alyse Cohen shows her passion for supporting Mercy with “Mercy Mondays,” when every one of her Pie Five restaurants donates a portion of sales for the charity on a weekly basis.

Local schools are also a big draw for Pie Five. For example, Lewisville Independent School District is one of its charity partners in the Dallas/Ft. Worth market.

“We’ve built a relationship with them through support from several of our new store openings, and we set up multiple fundraisers to help them raise money for scholarships,” Coy said. “Their family and friends have become our new family, friends and neighbors.”

How to pick which charities to support? Help is as varied as menus.

Bobby Stoll, co-founder of Cheeseburger Bobby’s, learned about Murphy Harpst Children’s Center, a residential treatment center for abused and neglected children in Kennesaw, Georgia, by his brother Richard Stoll, a Murphy Harpst board member. The first image Bobby saw was a sad-looking young boy playing alone with a ball. He knew then he wanted Cheeseburger Bobby’s to help the nonprofit facility that regularly experienced a shortcoming of funding.

Bobby Stoll then reached out to the Cheeseburger Bobby’s franchisees to come on board with an idea to bring awareness to this oft-forgotten facility located in the remote town of Cedartown. The usually overlooked Murphy Harpst is a sanctuary for the abused and neglected children of Georgia who have no financial resources. The 125 employees who deliver “Life and Hope for Children” provide physical, mental, emotional and spiritual nourishment to the 57 children, according to the organization Each child receives around-the-clock therapeutic care that enables them to heal and recover, so they can re-engage with society and lead productive lives.

“As our franchise system grows, we have a vision of Cheeseburger Bobby’s increasing our involvement with the Murphy Harpst organization,” Bobby Stoll said. “Seeing an organization that does so much go unrecognized in the state of Georgia is heartbreaking, and something we want to change. Through our Month of Giving, we hope to not only raise much-needed funds for the children and staff at Murphy Harpst, but also raise awareness of the cause and organization.”

During September, Cheeseburger Bobby’s is conducting its third annual Month of Giving, a time when every location throughout Georgia raises funds for Murphy Harpst. Fifty cents from each custard purchased during September will be donated to Murphy Harpst. Additionally, customers can drop coins and dollars in “Change for a Change” jars inside every restaurant. Last year, Cheeseburger Bobby’s raised over $9,000. The goal for 2015 is to donate $20,000 to the residential treatment center by month’s end.

While the state of Georgia provides some of the much-needed financial backing, the center relies heavily on donations from individuals and companies like Cheeseburger Bobby’s. Donated money goes to paying for the staff, Christmas and birthday gifts for the residents and medication costs.

“Cheeseburger Bobby’s financial support of Murphy Harpst Children’s Centers has allowed our agency to serve nearly 300 children over the past year,” said Chuck Troutman, CEO of Murphy Harpst Children’s Centers. “The patrons of Cheeseburger Bobby’s have become our new friends, who value our work and care for the children we serve.”

The industry lends a helping hand

National organizations also make it possible for restaurant-industry employees to give back. Chefs Cycle for No Kid Hungry is an example. This summer, chefs nationwide got on their bikes to raise awareness for the cause.

Nearly 50 chefs and restaurant industry professionals cycled from New York City to Washington, D.C. (June 7-9) and Santa Barbara to San Diego (June 14-16) — 300 miles each! Supporters of the riders could make a donation or plan their own ride where they live.

Additionally, September is Hunger Awareness Month and is also a key month for restaurants hosting promotions for the Dine Out For No Kid Hungry. Thousands of restaurants nationwide are offering ways for patrons to donate to No Kid Hungry by simply dining out.

According to its website, since its launch in 2008, Dine Out For No Kid Hungry has brought together thousands of restaurants and millions of consumers to raise more than $28 million to help end childhood hunger.

Funds raised connect kids in need to nutritious food through programs like school breakfast and summer meals, educate and empower low-income families to shop for and cook healthful meals at home on a budget and highlight childhood hunger in America and inspire action in communities across the country.

“I can tell you, from my perspective after talking with chefs and restaurateurs about their passions for supporting Dine Out, Taste of the Nation, Chefs Cycle, etc. — what I consistently hear is that they feed people every day,” said John Scroggins, vice president for Noble Communications, which does the foodservice public relations for No Kid Hungry. He also serves on the social media council for the organization, raising awareness on social channels and encouraging others to do the same. “It’s their lives, bringing food, fun and sharing together — and it pains them greatly to know there are children, in this country, who are going hungry. They find that notion unacceptable.”

How can giving to charities increase business for the restaurant?

Charitable giving by restaurants can be a win-win for all involved. Relationships are built, people and communities are helped, and new costumers can be made.

“Relationships with successful charity partners are often mutually beneficial, regardless of duration or commitment,” Coy said. “Many times this comes in the form of marketing and brand awareness for both the restaurant and the charity. Tapping into loyal consumer communities is a great traffic driver and activities like fundraisers, events and marketing campaigns help all parties involved.”

“Our primary motivation is to help others and our communities and hopefully leave this world a better place,” he said. “That being said, there are many benefits from both a business and charity standpoint. It is a great opportunity to network with other like-minded business people. Partnering and marketing with a charity brings in new customers to your business and to the charity as well.”

The dos and don’ts list of selecting charities to help

As in any business venture, there are things to consider before taking on an initiative. There are “does” and “don’ts” to most any effort, including charitable giving or involvement by restaurants.

It’s important to establish whether or not an organization fits your brand values, research what really matters to your customers and stay up-to-date on what’s going on in your market, according to Coy.

It’s also important to be selective in order to make your contribution impactful. Determine some criteria around giving and don’t be afraid to say, “No.”

“You will feel even better when you find the right group to say ‘Yes,’ ” Coy said.

As well, do what you can. Cheeseburger Bobby’s tries to give in some way to anyone that asks.

“Sometimes, we cannot give what is being asked of us, but we can offer an alternate option, and I think that is appreciated,” Stoll said.

At the same time, don’t just cut a check and call it a day. Make your charity program engaging for customers. Some of the best programs have high levels of customer involvement.

“Though most groups will not say no to a check, there are other ways to contribute,” Coy said. “Talk through a variety of options and determine the right campaign and commitment for your restaurant and brand.” 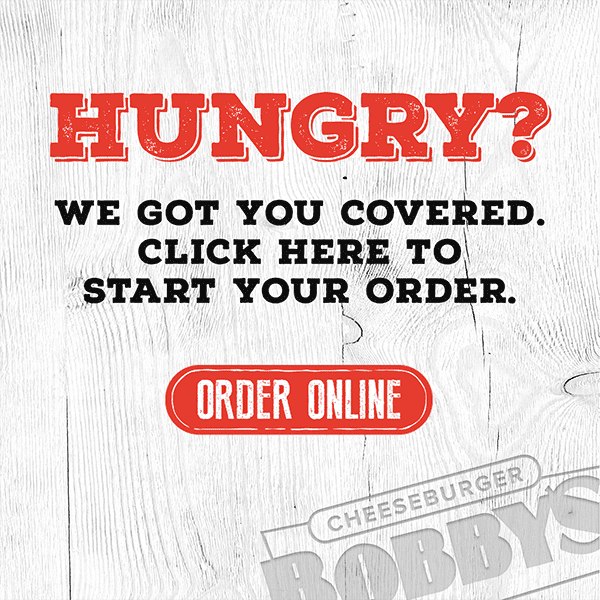